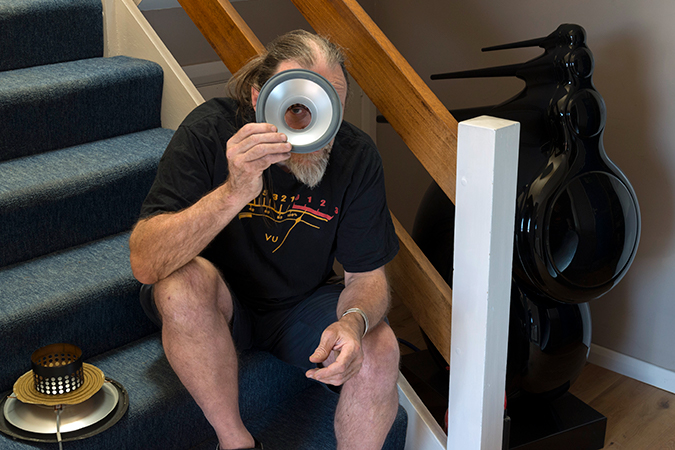 "What Matters Most in an Audio System: The Loudspeaker Drive Unit"

As you can see from Laurence Dickie’s detailed account, the loudspeaker drive unit is integral to the functioning of the loudspeaker itself. But that drive unit is only part of the overall device called a loudspeaker. Other aspects of any speaker’s design will have a profound impact on the performance of its drive-units. The shape and thickness of the baffle, what it’s made of, how the drivers are mounted on it—everything matters. What’s behind the baffle also matters—the cabinet’s internal volume, the shape of its interior walls, how the backwave produced by the driver is absorbed, etc. Every aspect of the crossover—its slopes, crossover frequencies, component parts, and more—is also important. The number of drivers, their positioning on the baffle, and their configuration (two-way, three-way, etc.)—all matter. The drive unit can be experienced optimally only within a finished loudspeaker system in which a multitude of factors define its performance.

In short: Drive units are never heard in isolation. But hear them you certainly do.